We start the fire, you bring a story

The marabou and the tree

Gypsy: what is in a word, pride or prejudice?

Portraits of Ethiopian earth defenders for the 10.000 gardens in Africa project

He never brought the ball back – Story of Rudy

What students really need to hear

That's all folks!
Ops, we have a problem

Text by Shako Otti — The Konso People live in Ethiopia about 600 kms. South of Addis Ababa. They are one of the most ancient people not only in Ethiopia but in the whole Horn of Africa. Their social history and culture have deeply marked their physical environment.

They know the names of almost all the plants in their environment. They have a well developed language called Afa’xhonso, rich in proverbs, riddles, puzzles, figurative speeches, idioms, and complex in syntax.

They have a good sense of history and are fairly sophisticated mathematically, being concerned not merely with the measurement of time but with grasping intellectually and regulating the experience of duration, which gives them a clear concept of large quantities of time in the past.

They have a good knowledge of celestial predictors for rainy seasons and an elaborate calendar based on drum cycles.

Perhaps nowhere in traditional Ethiopia has the hand of man so imprinted itself on the landscape as in Konso where the stone walls and terraces bear witness to the enormous toil of unnumbered generations. The Konso indigenous environmental management is dynamic, innovative, and adaptive.

The indigenous agricultural practices are flexible, drought and pest-resistant and adaptive to precarious and varied micro-environments. Behind all these cultural practices and other elements, there are cosmological and religious reasons.

In Konso cosmology the universe is divided into three worlds: wa’qha (the sky/heaven), pi’ta (the earth), and xhatikela. In the heavens abide Wa’qha (God) and Orra aWa’qha, who are the angels and probably formerly the clan head ghosts, whose body at death was taken up by a mass of clouds after certain rituals had been performed.

On the surface are heavenly bodies, whose position and movement in relation to each other are readable and meaningful to the Konso iska or hi’kka-to’yanbaya (experts on heavenly bodies). They are observed in October and November of each year for predicting the future.

On the earth lives mankind (inna’nama), domestic animals (hore’ta), wild animals (pina’na), all kinds of vegetation (qhora isho marga), and earthly spirits. These are believed to be under persistent watch of Wa’qha.

In the under world, euphemized in Konso as poradhuga’ta, literally the place of truth, dwell all dead human beings (ka’riyya). They live there an eternal copy of their life on earth. If a person has been a successful farmer on earth, he will then continue to enjoy a duplicate of the same life.

On the other hand, if he has been a bad person, such as a thief, he will remain so forever. This cosmological outlook and belief is a massive driving force behind traditional Konso industriousness.

When a person dies, his soul (nessa) goes to Heaven because it belongs to Wa’qha. The body (dhankinta) decays in the burial grave.

Kele’llayta, the inside-person sets for the nether world as ka’riyya (ghost). In hardly visible form, it can fly around or walk on the earth.

Corporately, they are believed to have a power to summon each individual person living on earth to their netherworld. They are said to do so in a heated debate for decision, which is reached by consensus.

Individuals, who have lost consciousness (li’bha), due to serious febrile illness or head injury, report on the conditions of the nether regions and the dead relatives they have met there.

They say that they have been denied admittance to the nether world or even chased away. In this respect, one can say the underworld life is essentially a projection of their traditional life. Like them, their ghosts cultivate land and rear animals.

Wa’qha, the author of morality and social order

Wa’qha, the Sky God, is the Creator of each person at conception. He is the ultimate source of order. He is regarded as the basis of the moral and social order. He is the moral guarantor of the Konso who has laid down the principles of right conduct.

Wa’qha is essentially the God of rain and justice. To the Konso, rain is the urine of God. Wa’qha urinates into the earth and fertilizes it so that every thing will grow and become available to maintain life. In this way, the earth serves its natural duty of physically sustaining society.

His rain to maintain life. Because of this complementary relation, a person may include the earth in his thanks giving prayer: “Wa’qqho ka pi’tto kalata’yti.” (Thanks to you, God and the earth.)

But God can also withhold rain from towns, which are disturbed by too much internal quarrelling. Quarrelling within a town is punished by God’s anger in the form of drought and sterility.

Rain is therefore an expression of God’s approval of social conduct. It is an instrument of God’s judgment where God is certainly seen as a father figure, not so much in the sense of begetter of the human race, but as the source of the morality and the Creator of every person at conception.

The Konso had evolved an efficient organization to make decisions consistent with public opinion and to enforce law and order. Their towns (pale’wwa) have existed for several centuries and urbanization is fully adjusted to the rest of their social organization.

They are headed by a council government that debates issues of general concern — without being able to violate public opinion — and which acts as a court of justice.

Decisions are reached by consensus after the matter has been discussed quite heatedly by all and everyone who wishes to give his opinion freely.

The councillors have to be truthful, implicitly honest, impartial, and not self-seeking. They are subject to no effective authority in their external relations.

There are no authoritarian bodies with pre requisites in the form of power or wealth. The councillors are accountable to and representatives of the whole town community.

As an only superior representative body of the community, their decisions are welcome by wards, clans, work party (parka), artisan’s business institution (tubarte’ta), and other financial transaction institutions.

Their election is indirect, by older members of the council, rather than by ward quota. Maintenance of personal qualities and defense of the interest of the community are the most important criteria to keep up their status.

Among the basic Konso moral principles are equality of human beings (qhittuma a’inna nama), peace and harmony (nagayta isho afa olli dhagaya), and truth (dhuga’ta). These moral principles spiral up in the culture of the society and become Konso social values.

Some of the social values are peace and harmony, truth and reasoned discussion, dhehamta, masculinity, fear of parents, commensality, hard work, and wisdom.

They expect every able person to be able to live on his own sweat. They have an abhorrence of begging. They also hate litigation for it wastes useful work time and, therefore, interferes with opportunities of success.

Truth (dhuga’ta) is an important quality among the Konso. It has the connotations of honesty, impartiality, and absence of self-seeking. It is the principle through which the rule of law is traditionally implemented.

The Konso place a high value on the worth of the person, one of the worst crimes in their eyes being to put a price on someone’s head, by blood money, or by selling your own or other people’s children.

Slavery and prostitution are abhorred by the Konso society. These are forms of degradation of the human value of equality.

Even the small marriage gifts which are exaggeratedly referred to as bride wealth, are carefully examined in order to prevent them from offending that cardinal principle of human equality.

Damages, which do not threaten the life of a victim or his economic survival, are compensated within moral norms and social values by adhanta (feeding support) or ibdha (partial compensation), respectively.

Contrarily, a damage of dissolution of marriage through seduction or enticement is deemed as immoral, unlawful and antisocial act, and therefore highly fined at an appropriate forum with what is known as ma’sa (indemnity) or even seriously punished in some way or other.

Konso society is therefore upheld by the principles of morality and traditions handed down from their forefathers, of whom the elders are the surviving representatives.

In a way the elders (qhimaya’bit’ta) are Wa’qha of the earth. They are respected not only for their personal qualities of wisdom and restraint but because they are at the same time the repository of morality and right conduct, and to this extent their status is analogous to God’s.

They have no concept of absolute chiefly rule. A high regard for discussion and truth, or the rule of law, implies a rejection of arbitrary authority, for which they have a strong distaste.

Instead, the Konso obey the laws and rules they have made by themselves or received from their forefathers and which they consider eternal and standing above present society.

In litigation against an offence, the traditional Konso can appeal for the attention of the public saying “Pi’te, ana dhagaye”. (“Please community, I appeal to your attention.”)

A Konso would choose for a mountain to fall on him because then the community would remove it to rescue him while the weight of the community, if it fell on him, would crush him.

The answer to the puzzle expresses reliance on one’s community. The interplay of the earth and community in meaning, therefore, cannot be dissociated.

According to a myth, there exists a convention between man and the earth. The earth said “Now, while you are alive, you eat me, but when you are dead I shall eat you in the grave.” Man agreed and human destiny continued.

Text by Shako Otti / Photos by Claudio Maria Lerario. Thanks to Konso Cultural Centre. This story is part of “The Konso”, a book by Ayzoh! Aps for UNESCO.

We start the fire, you bring a story

The marabou and the tree

Portraits of Ethiopian earth defenders for the 10.000 gardens in Africa project

He never brought the ball back – Story of Rudy

What students really need to hear 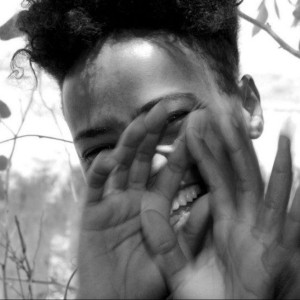 The Konso and the reliance on one’s community

Stories in English One is the loneliest number: the history of a West…
Torna su