That's all folks!
Ops, we have a problem
Carica altre storie

Text by Filip Borev — Every week without fail someone asks me “is the word Gypsy offensive?” There really is no simple answer. ­How can there be when there are 12 million Romanies in Europe alone — all with their own opinions, experiences and identities.

It is this fact which complicates almost every debate amongst and about the Romani people. We are considered as this one, gigantic ethnic group with a single Romani identity. It is assumed we speak one language, share one identical culture and, indeed, unite under one name.

This, however, is far from the truth and in reality we are a collection of many different groups with varying cultures, languages, histories, and identities. What we have in common, however, is that together we are the Romani people.

When I write, I try to do my best to avoid slipping into the trap of referring to the Romani people as a single group. It is a practice easier said than done though, considering how complicated it is to explain to non-Romanies (gadze) the complex makeup of the Romani people.

Truthfully, it is sometimes easier to homogenise us when there is an important point to make to those who have for so long kept us on the margins of society. This, of course, puts me at risk of incorrectly speaking for others who quite possibly would not recognise our sameness.

Certainly, this is a huge issue within Romani politics as those of us who are “educated” and able to stand up for our communities, often claim to be representative of the entire Romani population which is simply not possible.

I’ve discovered through the years, that the key to explaining this complexity is to explain it in terms that the gadze can relate to — Harry Potter. In the Harry Potter series, Harry and his lovely wizard friends attend a magical school called Hogwarts.

On that first day in the Great Hall, Harry and his fellow students put on a manky old hat and are sorted into four school houses: Gryffindor, Slytherin, Hufflepuff and Ravenclaw. That said, while Harry and his friends are all students at Hogwarts, they are also divided into four separate houses which produce four very different Hogwarts identities and experiences.

Despite the rivalry, and at times utter hatred, between the four houses, they are all united by the fact that they all Hogwarts Students and to the outside they are a distinct group. By now you might be thinking that I am entirely mad, but let’s replace the word “Hogwarts” for “Romani” and all should fall into place.

If we think of Romani as a school as opposed to an ethnicity, then the Romani people would be the students and their subgroups would be the school houses. Instead of Gryffindor and Hufflepuff, there would be Romanichal, Kalderaš, Lovari, Ursari, etc.

Each house (subgroup) would have a house identity, culture and language but would also be part of the wider school (Romani) community. As such, when a Romani speaks on behalf of the Romani people, his/her opinion and experiences may only reflect the subgroup to which they belong.

I am part Romanichal and part Bugurdži, thus, my beliefs, my language, my culture, my identity, the blogs I write and the words that offend me are entirely influenced by this and will not be identical to every other Romani in the world.

It is important, therefore, that people recognise this when determining which words are offensive and which are not. The Romani people are referred to by a number of different terms: Gypsy; Gitano; Tsigani, Zigeuner; and Traveller, to name just a few.

Many of these terms were assigned to us by the Gadze; for example, the origins of the word ‘Gypsy’ can be traced to the word “Egyptian”, as the first Romanies to reach the shores of Great Britain were thought to have travelled from Egypt.

At first glance this can seem highly problematic to some people. These are the words that were used to categorise us as ‘others’ but we can’t ignore the fact that many Romani communities have adopted these words, used them to define themselves and their identity, and use them with a sense of pride.

Others reject these words: they may instead use the name of their subgroup when referring to their ethnicity — the Bugurdžis, the Kêldaraš, the Sinti. Others may simply just refer to themselves as the Rom, the Roma, or the Romanies. What is clear is that there is not a single term that is universally used, nor is there one that is universally offensive.

The debate around the self-designation of the Romani people is, itself, relatively new. It was at the first world Romani Congress in 1971, when the International Romani Union (IRU) made the decision to condemn the use of all other terms for the Romanies except ‘the Roma’.

Their declaration was problematic for a number of reasons. Firstly, it was part of the IRU’s wider agenda to homogenise the Romani people and deprive them of their subgroup identities and languages. Secondly, the IRU is an organisation that is dominated by “educated” Romani men who make exaggerated claims about their ability to represent ‘their people’.

For the majority of Europe’s Romani people, education is a right which they are denied. They are, therefore, also denied entry to the world of Romani politics and, as such, are entirely excluded from the self-designation debate. On top of this, the complete lack of a female presence means that Romani women are left entirely unrepresented.

Finally, it is concerning that many non-Romani (gadze) men were also involved in the decision to condemn these words and we must, therefore, question if this can even be considered as self-designation. In spite of this, their declaration has trickled down to the politically correct who believe using the term “Gypsy” is more offensive than denying us our right to self-designation.

Growing up in the Romanichal culture, I have come across hundreds and hundreds of fellow Romanichals who happily and proudly refer to themselves as Gypsies. I define myself as a Romani Gypsy, and this is the way I wish other people to refer to my ethnicity.

What I do find offensive, however, are the terms “Gypo” and “Pikey” which have so often been hurled at me throughout my life. There has been a growing tendency recently, amongst academics, MPs and the “politically correct” to refer to us as a “travelling community” or simply “Travellers”.

This is largely due to the fact that, in the UK, the Romani people have been lumped into a special category with any other group that have ever had a nomadic existence.

Despite our very different cultures, histories and identities, we are grouped together with Irish Travellers; New age Travellers; Fairground Travellers; and countless others.

When asked to define our ethnicity there is no Romani Gypsy tick box on the form, just an option to declare ourselves Gypsy/Roma/Traveller — an option I always refuse. I am not a GRT as we are so lovingly referred to and we should not be categorised this way, just as we wouldn’t use the category Black/Asian/Arab.

The result of this categorisation is that people often refer to me in terms which I deem offensive. I have so often been referred to as a “Traveller” or from a “Travelling community”.

For me, this does not reflect the reality of my experiences. I would not describe my lifestyle as nomadic: I sometimes travel to find work and I travel throughout the summer to Gypsy fairs, yet, I wouldn’t label myself a “nomad”.

What is more, given that one half of my family are Bugurdži Gypsies from Bulgaria; it seems somewhat comical to refer to them as Travellers. Nomadism died with the rise in Communism in 1946, and it ludicrous to refer to a group of people as nomads when they have been “settled” for over 60 years.

For me, the use of the word “Traveller” is dangerous: it can be used by those who wish to oppress us, to deny us of our ethnicity by aligning it with an activity or lifestyle that very few of us uphold. My ethnicity is not a lifestyle choice, and for that reason I reject the term Traveller.

It is important to point out that this is a personal choice. There are many Romanies who are not offended by the term “Traveller”, and many who would identify as a “Traveller”. By rejecting the term myself, I am not attempting to deny anyone else of their right to self-designation.

Rather, I am highlighting the fact that we must all be giving the opportunity to self-identify as whatever we wish to.

It is not for me, the IRU, the Gadze, or any other Romani person to tell anyone else what they can and cannot be called. So, in answer to the question ‘Is the word “Gypsy” offensive?’ I can give you two answers: to some yes, to others no. 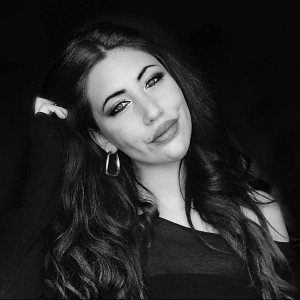 Gypsy: what is in a word, pride or prejudice?

Stories in English The marabou and the tree